There are more varieties of slot machines than you may have ever imagined. Slots were created as a simple game in the 1800s, working as three spinning mechanical reels. The first gambling slot machine had only five symbols: horseshoes, diamonds, spades, hearts, and a Liberty Bell. 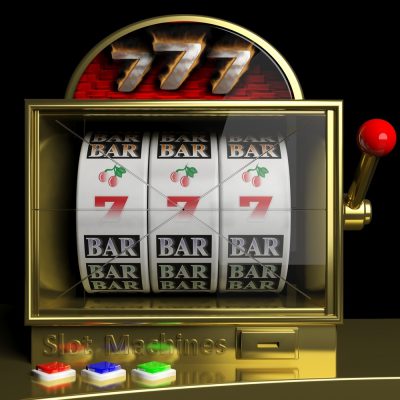 Since that first slot machine, many things have changed, but the concept remains the same. The slot machine will choose a random number for each reel and will slot a symbol into a position on the reel when it stops spinning. The player wins if the reels line up symbols incorrectly on a payline.

There are now video slot machines with multiple pay lines, traditional reel slot machines, and progressive slot machines that can have huge jackpots. You can now play slot machines online and on a mobile phone. While slot machine technology has changed a lot aesthetically, the game still essentially works the same.

A Random Number Generator chip operates Today’s slot machines. These RNG chips choose outcomes of the video or reels at random for every spin. There are no patterns or hot/cold streaks, and your odds are the same for each spin with today’s slot machine. The only specific number that an RNG must adhere to is the payout scheduled by the game operator. Slot machines are set to return a specific amount of money played. The minimum amount of money returned to the player is designated by the gaming control board.

Technology allows video slot machines to have as many pay lines as can fit on the screen. Today you’ll see video slot machines and online slot machine games with up to 100 pay lines. These games can be so elaborate to incorporate video clips of movies, television shows, and music videos. There are even communal video slot machines in some casinos where bonus rounds and progressive jackpots are generated and played by multiple players at different machines.

Some slot machine players feel more comfortable playing three credits for $15 in a $5 slot machine because of the higher return percentage than they do by playing 50 lines in a 25 cent slot machine. It’s easier for a player to understand the math behind a slot machine with fewer lines and symbol combinations.

A reel slot machine can only hold up to about 20 symbols per reel, so possible combinations are limited. A video slot machine may have up to 100 reels and symbols. Without reading the actual odds on each video slot machine, it’s almost impossible to predict the probability of winning video slot machines. It can be confusing for players who are looking for a mellow activity.

Be sure to check out the Ultimate Online Slots Guide for even more in-depth information into how to play slots, slot strategy, as well as, slot payouts and symbols!