When we gamble, the goddess of Fortuna decides our fate. It seems like a pretty good deal: you pay to feel the excitement of letting chance define your fate and possibly make a winning. Well, for some individuals this deal wasn’t good enough and they decided to cheat. Now…cheating a casino is quite the feat. These scammers used tech savviness and imagination to trick the entire operation into paying out the big bucks.

The history of modern gambling is populated with fascinating stories of individuals who tried to counter the old adage “the house always wins” by duping the casino. The epic stories of these master gambling scams strategies are practically cinematic. With a few of them even landing on the big screen like, say, “Ocean’s 11” or “21.”

There are two main cheat categories (depending on the type of gambling): digital and mechanical. Although the most infamous of the lot have been mechanical, as it is easier to manipulate objects than it is to manipulate complex algorithms. 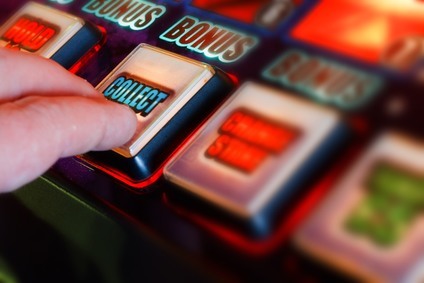 Digital gambling machines work on a Random Number Generator, an algorithm that produces random outcomes. In order to cheat, a gambler would need to alter the source code, which is far from simple. Attempting to cheat digital devices is so complicated it’s close to impossible…but not quite. There have been cases of gamblers capitalizing on holes in security.

The Incredible Case of the Bug Busters

In 2009, a Las Vegas local named John Kane and his associate, Andre Nestor, exploited a firmware bug in order to win jackpots from “Game King” video poker machines. A common game installed in venues allover Las Vegas. Kane had lost hundreds of thousands of dollars on video poker machines over the years. They identified this bug, resulting in several jackpot wins. But, of course, he got caught.

Kane’s defense attorney argued that his client was playing by the rules imposed by the machine. In a 2013 Wired article, he is reported as saying: “All these guys did is simply push a sequence of buttons that they were legally entitled to push.” Was it a matter of skill or chance?

This former record producer heard that roulette wheels with inaccurate measurements and construction could result in increased chances of dropping on certain numbers more often than others. Knowing that not all roulette wheels are created equal, Garcia-Pelayo devised a method to guarantee an almost endless source of money. He spent hours in casinos, just to watch spins. He recorded his results and then, with help from his five children, analyzed the results. Once he was certain about the wheel bias, he would go back to the casino and bet on the roulette’s ‘hot numbers. In turn making a handsome profit every time.

When guards became suspicious, he would go to a different casino and do the same. He became so well-known in Spain that he was banned from most casinos. He later tried his luck in Las Vegas and when everyone who he was, he retired with an estimated $1.5 million in the bank.

When a Spanish casino tried to sue him, the Supreme Court ruled in Garcia-Pelayo’s favor; after all, he had only used “ingenuity and computer techniques” to win.

This locksmith apparently had lots of free time, so he invested in a slot machine and then spent months trying to figure out how to hack it—and it wasn’t easy. After many attempts, Nikrasch discovered how to tamper the computer chip that regulates the machine so that it could trigger a payoff whenever he wanted.

Nickrasch and his entourage would visit casinos, position themselves in key spots away from surveillance cameras. Then open the machines—his locksmith background certainly paid off—replace the computer chip and voilá… japckpot! Back in the 1970s, when he first started his career, he had also managed to find a way to alter mechanical reels.

He made an estimate of $40 million per year; his misdemeanour is considered one of the biggest casino thefts in Las Vegas.

He could have made even more, but one of his crew ratted him out in 1998. He was sentenced to 7.5 years in prison.

Dominic LoRiggio: Two Dice to Rule Them All

Also known as “The Man with the Golden Arm” and “The Dominator,” LoRiggio managed to figure out a technique for controlling the dice when playing craps.

His signature method involves holding the dice a certain angle and tossing them in such a way that they stay together in the air and land as gently as possible. He formed a team known as Rosebud and made thousands of dollars.

Using simple physics, LoRiggio did the unthinkable: got away with what seems to be the perfect crime, as altering the way you throw the dice is not illegal.

Although he has left the Rosebud, he teamed up with Frank Scoblete, another famous gambler. In his website LoRiggio said, “The greatest fun in casino gambling is beating the casinos. Playing is fun but winning is the most fun. I enjoy beating the house and I enjoy teaching people how to beat the house.”

A radio transmitter concealed inside a humble Marlboro cigarette pack and a tiny receiver placed inside a roulette ball translated as a loss of five million francs in just one week for the Casino Deauville in France.

The clever scam was orchestrated in 1973 by a roulette dealer, his sister and his brother-in-law. The gorgeous sister was in charge of pressing the button on the cigarette pack as the ball was spinning. Then the brother-in-law would place the bets. The owners of the casino couldn’t figure out what was happening. Until the dealer’s sister became the object of desire of one of the casino’s owners.

Because she didn’t respond to his advances, he began to question her presence at the casino. As well as her connection to the losing roulette table. When an expert was hired to see if there was some sort of radio interference with the roulette wheel and found the ball, the sexy temptress and her innocent pack of cigarettes ended up in jail.

Studying at one of the world’s finest universities can teach you many things, including card-counting. The technique allows players to ‘guess’ what are the real odds of getting a high or a low card at blackjack. And handsomely increases their chances of beating the house. At MIT, for example, there have been professional gamblers’ groups since the 1970s

In the 1990s, Bill Kaplan, a graduate from Harvard Business School, John Chang and J.P Massar recruited MIT, Harvard and Princeton students and embarked on a trip to Vegas to beat the system with pure mathematics and advanced computer models.

The endeavor worked almost like a business, with investors putting in money and then getting profits. And although they outwitted the casinos for a few years, most players were banned and the team disbanded. But one of his former players, Semyon Dukach, created a new team that could make up to $150,000 on a typical weekend. Dukach’s team is considered the most successful MIT Blackjack team. In the late 1990s, Duckach stopped gambling and is now managing director at Techstars in Boston.

Don’t try any of these. You’ll get caught.