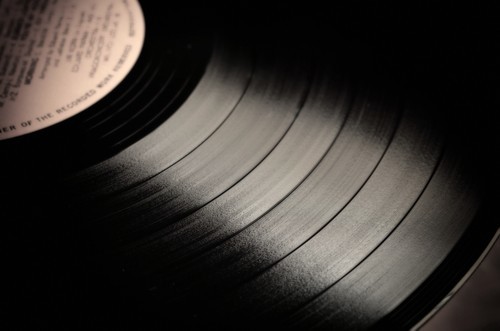 Abba’s hit “The Winner Takes it All” was sung by Meryl Streep in a 2008 film called Mamma Mia!. The title: seemingly about gambling. The song: truthfully about divorce.

“Poker Face” was done by Lady Gaga and hit #10 on Billboard’s top 100. The title: seemingly about poker. Song: truthfully about bisexuality.

“The Jack’ was written by ACDC’s lead singer Bon Scott about a “houseful of ladies” the band lived with on tour once in 1976. Title: seemingly about gambling. Song: truthfully about venereal disease.

These aren’t songs about getting nothing for something. Yes, you can play the odds with a lot of things. But real gambling means hitting the casinos and poker and Texas Hold ‘em.

Here, in no particular order, are some relatively unknown facts about gambling songs that are really about gambling. No metaphors.

Really, what would a gambling song list be without this hit by Elvis Presley? It’s all about – you guessed it – Las Vegas and all of its glorified betting ups and downs; the beauty of the neon lights mixed with fortune and loss.

The song entered #15 on the UK charts in 2007 as part of package of re-releases by Elvis Presley. Two places higher than it placed when originally released in 1963. Written by the team of Doc Pomus and Mort Shuman (who also wrote hits for musician greats such as Ray Charles and the Drifters), it was the title song for the movie of the same name. ZZ Top did a cover of it in 1992 that hit #10 on the UK charts.

Much to the chagrin of some of the true Elvis fans, in 2009 a commercial for a drug prescribed for erectile dysfunction called Viagra. An this commercial captured a jingle based on the song called, “Viva Viagra”. The song was, and is, popular to this day.

The most famous song by Motorhead, it’s featured in the movie Superbad. As well as the video game Tony Hawke’s Pro Skater 3. In poker, the Ace of Spades is known as the dead man’s hand because of an American sheriff named Wild Bill Hancock. He was killed during a game of poker. The unbeatable Ace of Spades hand consists of aces and eights. The lead singer of Motorhead sang “the eight of spades” on tour for years; nobody noticed.

Ace of Spades is one of the most covered songs covered by Punk bands.

“The Card Cheat” – The Clash

It’s about what it sounds like it’s about: a gambler who cheated on one card. The song talks about a lonely gambler who was shot to death with a card up his sleeve, proving that cheating isn’t always the best way to play poker.

The Card Cheat is a single off of the hit album, “London Calling”. In promotional interviews, the group’s lead singer Joe Strummer said that he wrote the song while he was reading poetry by Sylvia Plath, which probably explains why the song is a bit of a bummer.

Because song ended up being a rather complex composition, the Clash never performed it live.

Come on, did you really think this list wouldn’t include the most famous story-song in country history?

“You’ve got to know when to hold ’em, know when to fold ’em,” are the famous lyrics from a song about a card shark giving poker advice before he dies in his sleep. Two-time Grammy award winner Don Schlitz says it isn’t about a card game; he wrote the song about life and “playing the hand you’re dealt”. “Hold ‘em, fold ‘em” is a phrase known in gambling. But, the composer says he had never heard the phrase when he wrote the song.

The Gambler was recorded by a couple of artists – the most notable being Johnny Cash – before Kenny Rogers made it a smash hit. It then became the inspiration for a four movie series: Kenny Rogers as the Gambler was the first and ended up being 1980’s highest rated television movie. In addition, Kenny Rogers performed the song on the season four episode of The Muppets.

The song became familiar all over the world due to great marketing. It was made into a slot machine that was sold to and installed in casinos, became the theme song for the English Rugby team, and most recently (2014) became the object of a Geico commercial where a man says that “playing cards with Kenny Rogers gets old fast” and cuts to a scene to men playing poker with Rogers while he sings the Gambler.

As for awards, the Gambler won Single of the Year at the CMAA awards in 1979, won the AMA’s Favorite Country Album award in 1980 and 1981, and was number 26 on the CMT’s list of 100 best country songs in 2003. In addition, Kenny Rogers won the Grammy for Best Male Country Vocal Performance and Don Schlitz won the award for Best Country Song in 1988.

Whether you like songs about taking chances in life or at the poker table, gambling is gambling, no matter how you sing it.