This is a brief glimpse into the serendipitous lives and times of the MIT Blackjack Team, one of the most enduring legends of contemporary gambling. 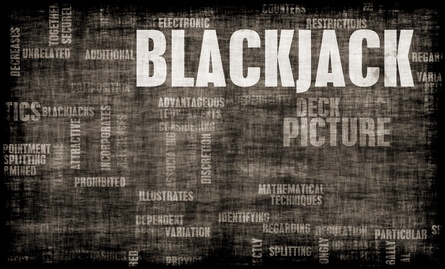 This group of geniuses met when they were studying at the most prestigious universities in the United States, including Harvard, Columbia and the Massachusetts Institute of Technology (MIT). They were math whizzes and, judging by the story that unfolded after their legendary collaboration, it seemed that their favorite sport was risk-taking. Together they formed the MIT Blackjack Team and their story was immortalized in the 2008 movie 21.

The students learned card-counting techniques, beating casinos across the U.S. and winning millions of dollars. In the mid-1990s each member went his or her separate way; some stopped playing while others continued their gambling endeavors. Now, nearly 20 years later, here’s an update on the legendary MIT Blackjack Team.

This Russian-born entrepreneur has always been open and willing to chat about his days as a member of the MIT Blackjack Team. Dukach has invested in several startups, like Fast Engines, which sold for more than $35 million. Today Semyon is an Angel Investor and spends his time looking for new investment opportunities.

Once his MIT Blackjack Team days were over, Jeff founded a sports stock market website called PROTRADE, which, unfortunately, is no longer active. Jeff also co-founded Citizen Sports and made a fortune when Yahoo! bought it in 2010; published the book The House Advantage: Playing the Odds to Win Big in Business, and is the CEO and founder of tenXer, a company that develops software to manage developers. Currently, Jeff is a sports columnist for ESPN. You can read more about Jeff here.

The math whiz who graduated from Harvard University in 1991 said in an interview with the Boston Globe that her blackjack days were behind her. Today she’s an attorney with Boston’s famous Ropes & Gray firm. She is recognized as a top attorney in business litigation, one of the best lawyers in America, and has been nominated for several awards, including the Chamber USA Women in Law Award and the Best Lawyers Antitrust Lawyer of the Year.

After a decade-long hiatus, Mike made returned to professional blackjack, winning the 2004 World Series of Blackjack. Afterward, he co-founded the Blackjack Institute with David Irvine; the school teaches students proven methods and techniques used by the MIT Blackjack Team). Mike also consults on professional blackjack and the mathematics of gambling, writes for the blog mikeaponte.com and works as Chief Research assistant for Peerless Analytics.

As one of the masterminds behind the operation, Johnny was in charge of acquiring talent and managing relationships. He married Laurie Tsao, who was also a member of the team. Johnny was added to the Blackjack Hall of Fame and is a speaker and coach.

Laurie is still a professional player. In 2012 she ran into some trouble after entering the Caesars’ Palace hotel and casino in Las Vegas. Because of her connection with the MIT Blackjack Team, Laurie is banned from this and other casinos in the area. It’s not clear whether the two are still married.